It’s common knowledge that interactive 3D training simulators can be used to reduce the consumption of fuel during the training of heavy equipment operators, thus helping to reduce greenhouse gas emissions, but that’s not the only way they can contribute to climate change solutions. The University of British Columbia has developed an interactive 3D simulation, named Future Delta, that demonstrates the results of global warming virtually, and allows users to see how the actions of humans directly impact the environment. 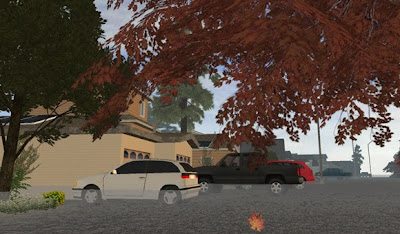 By developing and distributing an interactive 3D simulation, The University of British Columbia’s hopes to raise the public’s awareness of the issues surrounding climate change and methods for reducing carbon footprints. A game-like 3D simulation has the ability to reach a portion of the audience that traditional informational material may not, and immerses users in the content allowing them to participate and have a richer experience, become more vested in the problem.

To further involve local users and gain their interest and support, the simulation’s virtual environment is a replication of the flood-prone Delta, British Columbia area, which is close to the UBC Okanagan campus where the project is being developed and led by Aleksandra Dulic, Professor of Interactive Art and Dynamic Media. Says Professor Dulic:

“The hope is that when people recognize their neighborhood, their home, or their community, they will feel a personalized connection that helps to accelerate their sense of urgency in making smart environmental choices. We are taking complicated science and applying it to the neighborhood level so people can experience cause and effect and see how their personal choices may impact their own community.”

While the simulation is aimed and solving some of the specific problems the Delta area is facing, simulation software like this can be developed to model any place and any problem. 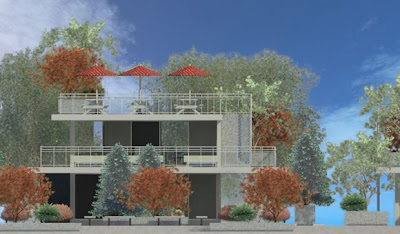 The project is funded by an Image, Sound, Text and Technology grant from the Social Sciences and Humanities Research Council and the Faculty of Creative and Critical Studies. The bios of the team members and a demo version of the application is available at: futuredelta.ok.ubc.ca which states that:

“The Future Delta simulation encapsulates climate change challenges, adaptation, mitigation, technology and policy options, as well as choices and influences on a neighborhood scale. The hyper-realistic modeling of Beach Grove road is based on observational data, such as terrain data, maps, etc, while the simulation models are based on geophysical and integrated assessment models.”

The simulation includes storm and flooding models based on real-world future predictions for the Delta area, thus simulating scenarios that are more likely to actually occur. As more people around the world are affected by global warming and climate change, it will be important to educate the public and private sectors in regards to the concepts of climate change and what to expect. 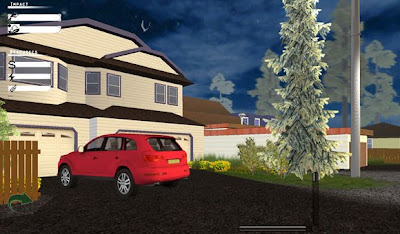 When conveying complicated information to people it’s important to choose the appropriate delivery mechanism. Interactive 3D simulations are great tools for engaging people with the material and concepts you want to present. Easily deployed over the internet, they can be made readily available to a large audience, providing the potential for you to reach a larger audience than more traditional educational material can.