Over that last 10 years, the US Navy has significantly increased its reliance on “synthetic training”, though there are still limitations in regards to real-world training, demonstrating the ongoing need for maritime simulator advances, and future opportunities for simulator developers. A June 2012 report, written by the US Government Accountability Office (an independent, nonpartisan agency that works for Congress and is often called the “congressional watchdog”) titled Navy Training: Observations on the Navy’s Use of Live and Simulated Training, states that the Navy

“believes that effective training requires an efficient balance of live and synthetic approaches”.

To this end, the Navy has developed the networked multi-user Navy Continuous Training Environment, allowing for the distribution of virtual training scenarios to its ship, submarine, and aircraft simulators. The report determines that

“training simulators should be used to replace live training to the maximum extent possible where training effectiveness and operational readiness are not compromised”.

Combining both shiphandling, navigation and operations features, the simulator provides virtual training for maritime navigational missions from end to end.

The Navy Construction Battalions began using a new simulator in July, 2012 at their training facility in Gulfport, Mississippi. The simulator helps train operators of Link Belt HTC-864 and LS-108H construction cranes. The training simulator recreates challenging scenarios, that would be far too dangerous, risky and impractical for operators to train for in the real-world.

Last month the Great Lakes Maritime Academy ordered a ship simulator that allows their students to train without burning diesel fuel, and without having to leave the academy, located in Traverse City, MI. The simulator mirrors the controls and characteristics of  a number of ships, water ways, and weather conditions.

Two weeks ago the Wallem Maritime Training Centre in The Philippines purchased a Full Mission Bridge Simulator from NAUTIS. The simulator allows trainees to learn ship-handling and maneuvering in a virtual environment, leading to better effectiveness and efficiency of bridge navigation teams in the real-world. 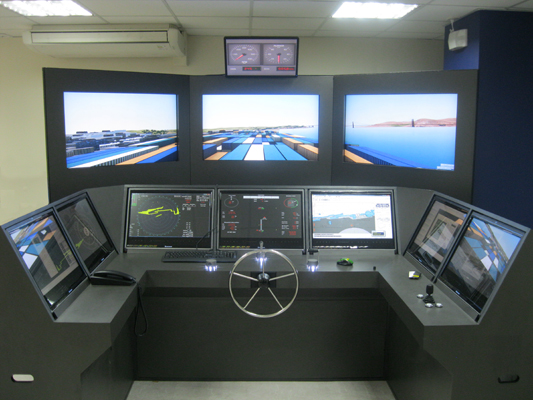 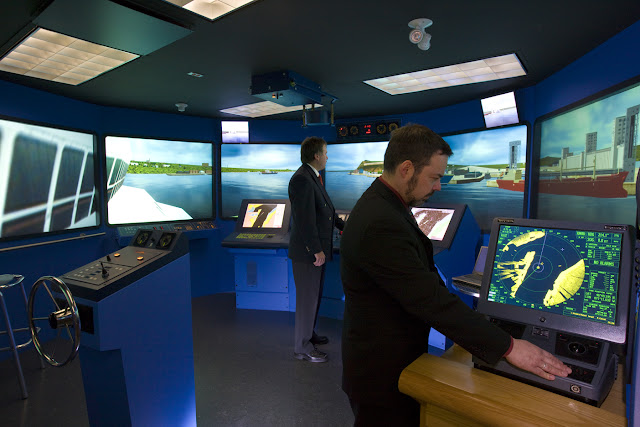