Damage Control Trainer, a serious game meant to prepare Navy recruits for deployment, won the 2010 National Training and Simulation Association (NTSA) Award for Outstanding Achievement in Modeling and Simulation in the Training category. This serious game teaches Navy recruits how to respond correctly to situations like shipboard floods and fires.

The training game, developed by Raytheon BBN Technologies & Alion Science and Technology, is meant to “teach recruits how to navigate a ship, follow communication protocols, perform damage control operations and train on real-life scenarios such as floods, fires and mass casualty exercises”. 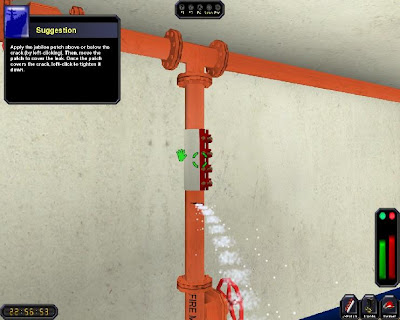 The game was funded by the U.S. Office of Naval Research, under the Capable Manpower Broad Agency Announcement, and adopted by the Navy’s Recruit Training Command. 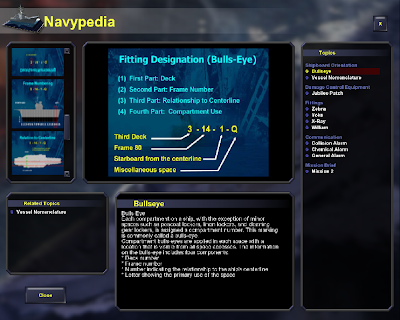 A study at the University of Central Florida, mentioned in this Business Wire press release, states that recruits who used the Damage Control Trainer for just one hour improved their performance in essential training areas by 50 to 80 percent. This is a great example of how training games can be an effective, safe, and cost efficient way of training people for mission critical tasks.

“The Damage Control Trainer is helping prepare recruits for real-life situations, and that can mean much lower risk to both the sailors and the fleet.” – Rear Adm. Richard Brooks

Damage Control Trainer won the 2009 I/ITSEC Serious Game Challenge, in the Business category, and the NTSA 2010 Award for Outstanding Achievement in Modeling and Simulation in the Training category.

“This second award for the Damage Control Trainer reinforces our belief that a well-designed game can provide measurable results in the real world” – Rear Adm. Richard Brooks

Rear Adm. Richard Brooks is the Alion Science and Technology Senior Vice President, and Manager of the Distributed Solutions Group.

The NTSA Channel has an interview with Curtis Murphy, project engineer from Alion, in which he discusses the talk he gave at I/ITSEC 2010 on how they built the award winning serious game.

The game is being created using the Delta3D open source game engine, under the Virtual Environments for Ship and Shore Experiential Learning (VESSEL) project, which includes a simulated 3D interior of an Arleigh-Burke class destroyer.

One of the main goals of the project was to address a training gap that was faced by the U.S. Navy Recruit Training Command. The existing curriculum allowed only a limited opportunity for hands-on learning of damage control skills, and no exposure to shipboard environments prior to the exercises aboard Battle Stations 21, a high-fidelity simulated ship environment. The Damage Control Trainer delivers a highly immersive interactive experience that better prepares and trains recruits for upcoming exercises, resulting improved performance.