The National Aeronautics and Space Administration (NASA) has released Moonbase Alpha, a free online 3D video game that runs on the Steam network, an online game platform with more than 25 million accounts. NASA teamed up with Virtual Heroes, the US Army’s game development studio, to develop this realistic multiplayer lunar simulator. Moonbase Alpha is a precursor to a planned NASA-based massively multiplayer online (MMO) game called Astronaut: Moon, Mars & Beyond.

Moonbase Alpha allows players to join a virtual exploration team that is working on repairing and maintaining a lunar settlement. After a meteor strike cripples the settlement’s solar array and life support equipment, the team must work together to restore oxygen flow to the base and other critical services. 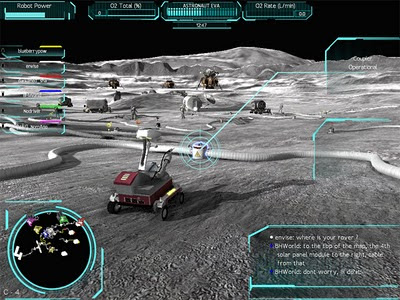 Players are able to build, and pilot, robotic repair rovers, that demonstrate lunar physics, in order to work together to make repairs on the settlement. 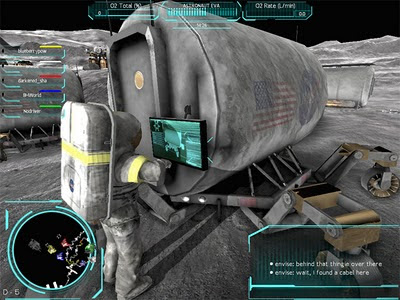 As with many disaster response training simulators, there are multiple ways to solve the problems the players are presented with. Effective teamwork and intelligent decisions allow players to make the necessary repairs before life support systems shut down.

The plan for Astronaut: Moon, Mars & Beyond is to expand the universe of the game, while teaching gamers about the realities of space travel, as well as math and science. The game is being developed in order to help students develop STEM (Science, Technology, Engineering, and Mathematics) fields knowledge and skills.

Moonbase Alpha is a great example of how using realistic interactive 3D simulations, to demonstrate aerospace engineering technologies, can engage and educate students in the fields of science, technology, engineering, and mathematics. With the educational potential of online 3D games being rapidly recognized, NASA is actively developing this virtual online collaborative laboratory for students to develop the thinking, planning, learning, and technical skills that are required to compete in today’s academic and professional disciplines.